Verisign Outs Itself As Backer Of $135 Million For .WEB 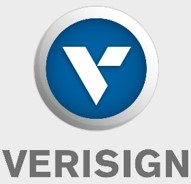 The .web new gTLD sold for a massive $135 million in late July in an auction to a mysterious company called Nu Dot Co. There were eight companies bidding for the suffix and rival applicants had sought to defer the auction over questions of who was backing Nu Dot Co. On Monday Verisign outed itself as the provider of funds for Nu Dot Co’s purchase.

To recoup their investment Verisign intends for .web to be one of the biggest of the new gTLDs when it comes to registration numbers and no doubt to complement .com and .net, for which it already provides registry services for. The price was also by far the largest paid for a new gTLD at auction, beating the previous record of $41,501,000 that GMO Registry paid for. .shop.

Also on the same day up for auction was .webs which sold for a single dollar and the results mean ICANN has proceeds of over $240 million, minus over $7 million in expenses.

Lexsynergy will release details about the launch of .web once they are available.
Posted by Marina Robbins at 18:22