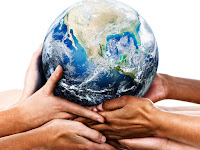 Over two-thirds (68.3%) of non-governmental organisations (NGOs) around the world use a .org domain name to get online compared to the less than one in 10 (9.2%) that use a .com, according to the 2017 Global NGO Online Technology Report published by the Public Interest Registry. The report found 2.2% used the .ngo gTLD, 1.8% used .net and 18.5% used other TLDs, predominately ccTLDs.

There are wide differences globally as to the proportion of NGOs that use various TLDs. Around two-thirds of NGOs use a .org domain in South America, Africa and Asia while the number drops to under half in Australia and Oceania and Europe. In North America, the figure is 77%.

When it comes to ccTLDs, NGOs in the Australia and Oceania and European regions both record slightly over 40% of all NGOs using a ccTLD, while in all other regions the number of NGOs using a ccTLD doesn’t reach a quarter. In USA, part of North America, most NGOs would use a .org or .com with most of the ccTLD use coming from Canadian NGOs.