Phishing Attacks Jump By Two-Thirds In 2016 To Highest Ever Recorded: APWG

Phishing attacks grew by 65% to 1,220,523 in 2016, according to the latest Phishing Trends Report for Q4 2016 from the Anti-Phishing Working Group (APWG), continuing an ongoing trend of rapidly growing phishing attacks.

Some of the most complicated phishing attacks have come from fraudsters in Brazil. The Brazilian attacks are using both traditional phishing and social media to defraud internet users.
Posted by Marina Robbins at 19:32 No comments: 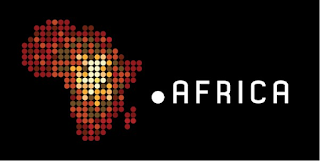 ZA Central Registry (ZACR) is now accepting applications for its .AFRICA Pioneer Program. The purpose of the Pioneer Program is to give approved applicants preferential access to a .AFRICA domain name prior to the start of General Availability, i.e., before the general public is allowed to register .AFRICA domains from the 4th July 2017.

The Pioneer Program is open to anyone including businesses, civil society and individuals. If there is a .AFRICA domain name you want to register and you aren’t able to secure it in the Sunrise phase, we recommend taking advantage of the Pioneer Program.

Domain names that are awarded through this Pioneer Program will not have any initial registration fee. Standard renewal fees will be charged after the first year.
Applicants are required to complete an application and highlight key innovative qualities of their organisations, emphasising their relevance to Africa. Applicants also need to outline their plans to utilise their approved .AFRICA domain name.

To apply, download and complete the Pioneer Programme Terms and Conditions as well as the Application Form, then forward your application form to dotafricapioneer@registry.net.za. Once your application is approved, email Lexsynergy for assistance with processing your domain registration at support@lexsynergy.com. Applications will close on the 15th May 2017.

Posted by Marina Robbins at 18:15 No comments:

.CN Is The Largest ccTLD Again

329.3 million domain names were registered at the end of 2016 according to Verisign’s latest Domain Name Industry Brief. Registrations grew by 21.0 million, or 6.8%, year over year. The most notable changes in 2016 were China’s ccTLD adding 4.24 million registrations to become the largest ccTLD once again, while .tk and .net shed over 7 million and 500,000 registrations respectively.

Posted by Marina Robbins at 18:12 No comments:

As part of its efforts, NiRA convened a meeting of representatives of relevant law enforcement agencies and stakeholders on the need to collaborate to curtail the abuse. Agencies represented included police through the Lagos State Police Command, the Economic and Financial Crime Commission, Special Fraud Unit, ngCERT and the Central Bank of Nigeria Plc.

At the inaugural meeting, the NiRA president highlighted the high rate at which .ng domains were being used to commit crimes and that NiRA had received over 300 complaints on issues of internet abuse ranging from domain name abuses to the theft of individuals’ personal details and financial fraud.
Posted by Marina Robbins at 22:51 No comments:

Disputes over domain names are on the rise according to the latest report from the World Intellectual Property Organization (WIPO) on cybersquatting. In 2016 the number of cases filed under the Uniform Domain Name Dispute Resolution Policy (UDRP) with WIPO, the largest of the dispute resolution bodies, rose 10% over the previous year to “an all-time record 3,036 cases” while domain names disputed rose by 23.1% to 5,374. Each case can contain more than one domain name.

The number of disputes compared to the total number of domain names registered are small however still a significant increase creating unwanted costs for trademark owners. A large part of the increase is attributed to the new gTLDs. New gTLDs disputes rose to 16% of WIPO’s 2016 caseload while, according to the most recent Domain Name Industry Brief from Verisign, they represent represented 7.2% of total domain name registrations at the end of 2016.

The top sectors of complainant activity were banking and finance (12% of all cases), fashion (9%), heavy industry and machinery (9%), internet and IT (8%), biotechnology and pharmaceuticals (7%) and retail (7%). Philip Morris leads the list of filers – 67 cases – followed by AB Electrolux (51) and Hugo Boss, LEGO, and Michelin (42 each).

Posted by Marina Robbins at 19:47 No comments: